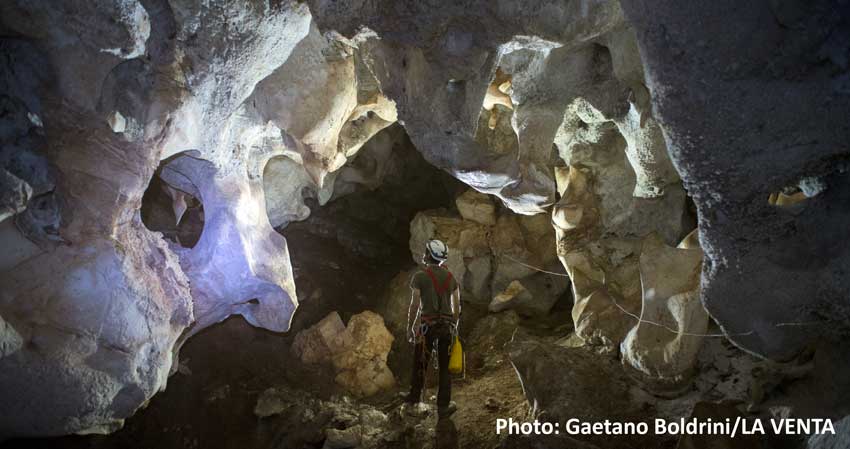 With much of Italy scourged by bad weather, snowfalls and cold air from Russia, our ideal meeting point becomes the warm caves of Monte Kronio and in particular the Grotta Cucchiara. In this cavity, from 24th to 28th February 2018, activities were carried out within the collaboration agreement between the Department of Earth and Sea Sciences of the University of Palermo, the Association of the Venta Explorazioni Geografiche and the Caves Commission Boegan. 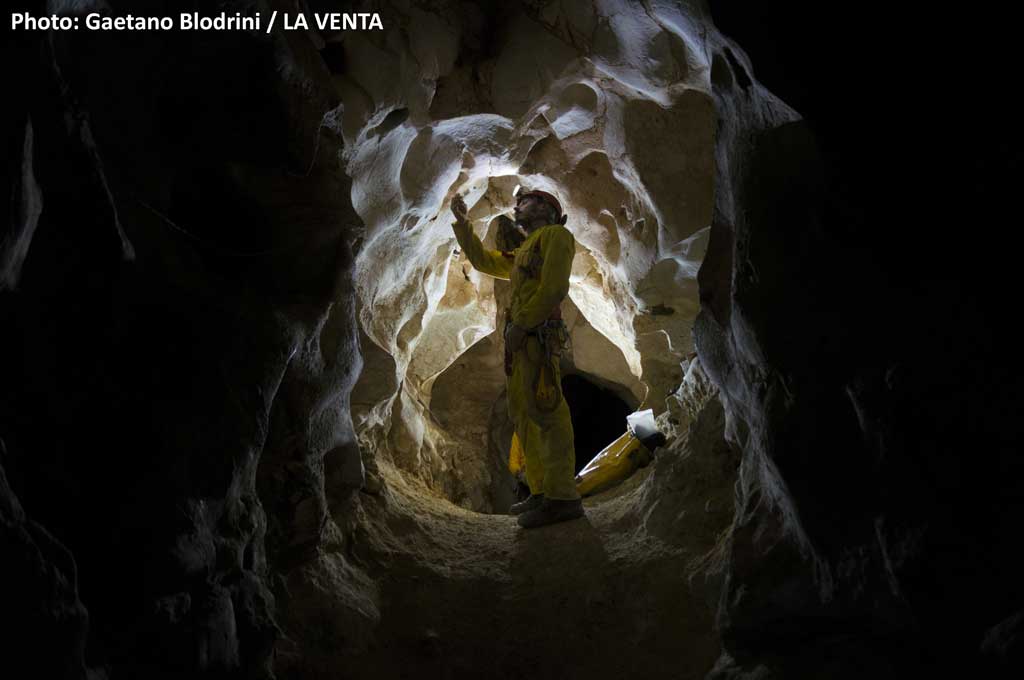 During the 4 days of stay, more than 20 speleologists, have been engaged on various fronts of research: exploratory, scientific, but also "cleaning" the cave. The objectives of the technical activity were basically two: the remaking of the relief of the main branches of the Grotto Cucchiara with modern instruments and the descent of the Pozzo Trieste through an easier and less demanding route in order of people involved in the progression.

Both results have been successfully achieved! While the surveyors took care of the CGEB boys, armed with distox and new software for data acquisition, the descent to the bottom of the Trieste was carried out by mixed teams equipped with harmful gas detectors and supervised by the doctor of La Venta. The route, although easier and can be faced with the classic rope-only progression, still requires considerable effort during the ascent phase due to the temperature of the rooms. 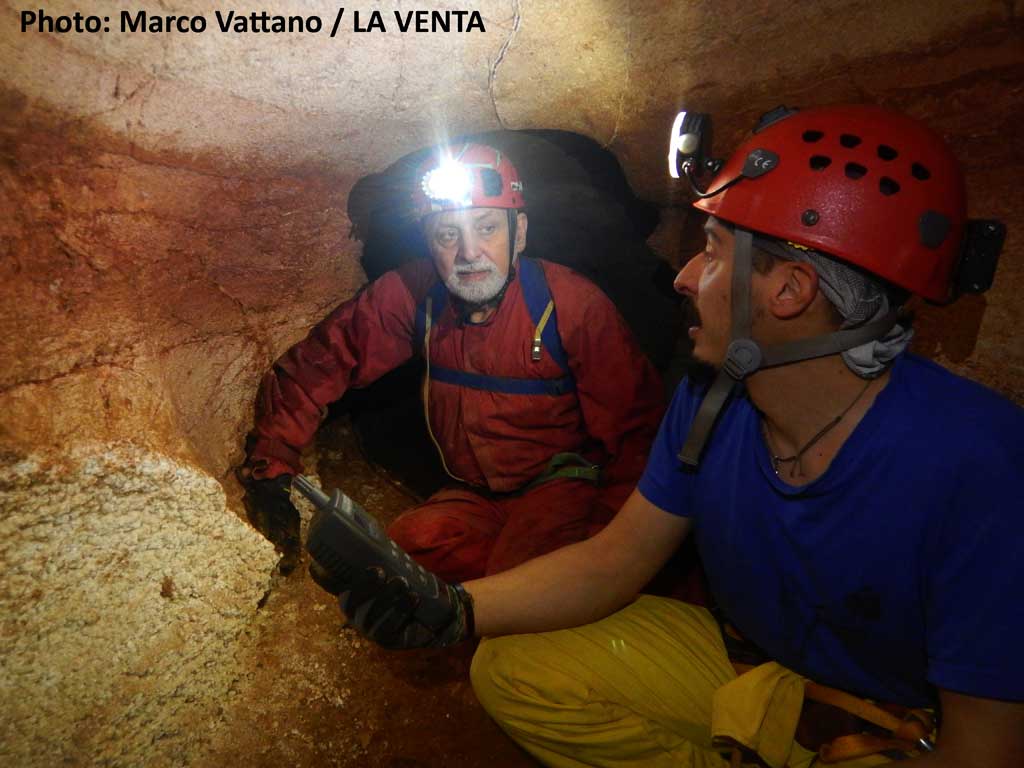 This more convenient way of access to the base of the Pozzo Trieste, certainly opens new exploratory prospects towards the hot windows identified even with the use of a drone, in previous shipments. Everything must still be better studied especially for the medical aspects, but the work will not be lacking for the next few years!

At the same time scientific activities also continued in this incredible cavity. There were numerous biospeleological and mineralogical observations as well as temperature and air quality measurements inside the cave. In these 4 days we have also tried to carry out geophysical surveys on Monte San Calogero and the exciting results have opened up a new front for activity and research. Another of the objectives planned and achieved in this expedition was the removal of the plastic tubes used during old explorations, to cool the speleologists. Armed with patience, bags, knives and hacksaws, we brought out a dozen bags of equipment that have not been used for some time. 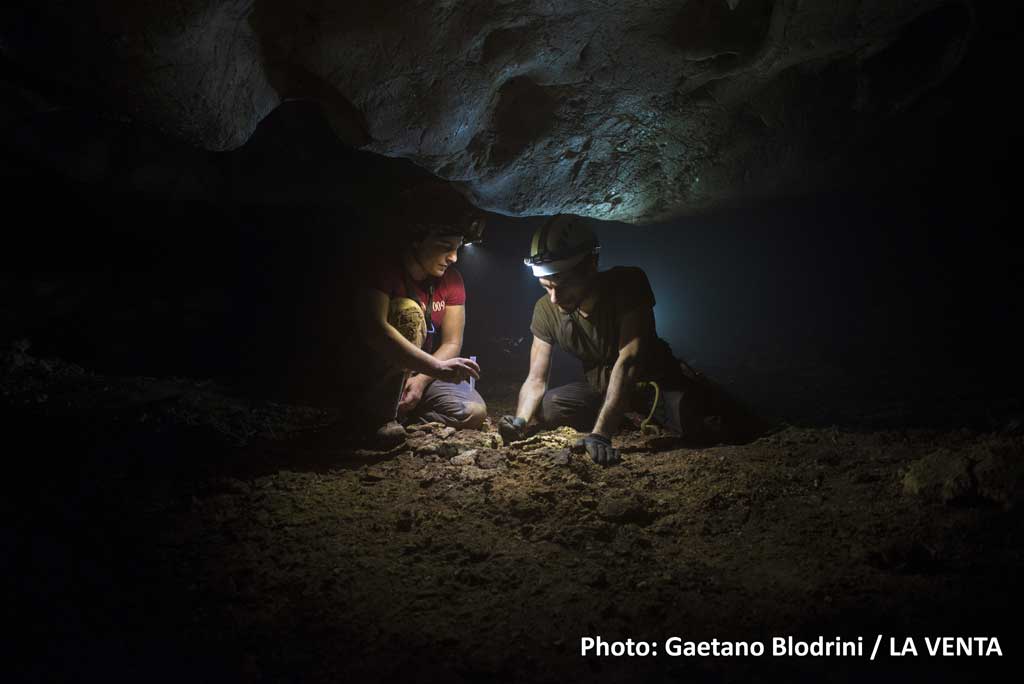 During the 4 days of activity it was possible to carry out some programmatic meetings between the subjects involved in the convention, meetings with local administrators, interested and enthusiastic about the activities in progress and also to celebrate in an appropriate manner the birthday of one of our members. 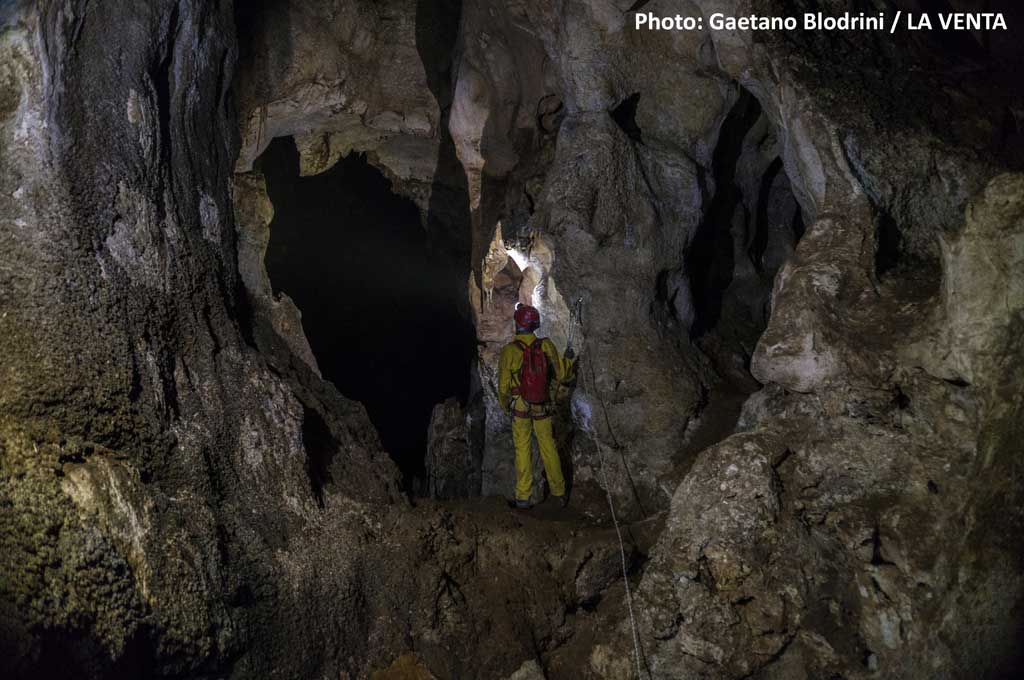 Universities and Associations involved: Department of Earth and Sea Sciences of the University of Palermo, The Venta Geographical Explorations and the "E. Caves Commission" Boegan "