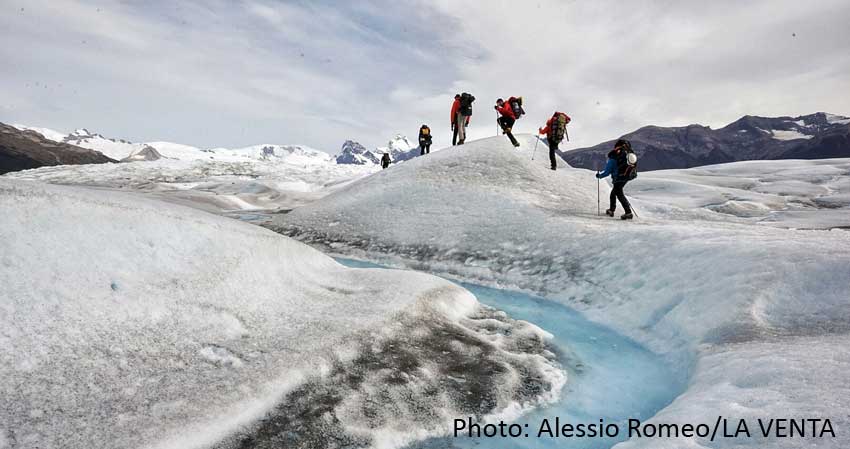 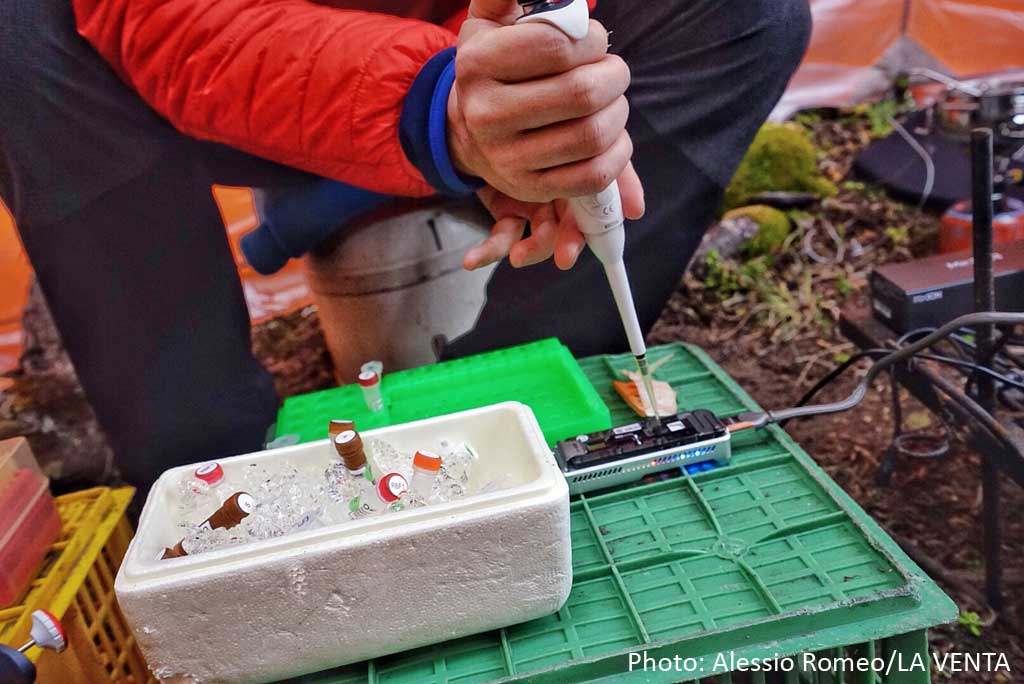 Less fortunate the speleologists who found the mills still feeded by enormous streams which has made it impossible the exploration and biological samples in the depths.
They have not greased or bored given the limited rations and the constant trips on foot to the lake to retrieve material, food and gasoline for the generator with which it was possible to operate instrumentation and microscopy as well as the cooking stove. The absence of carriers was not a little problem! 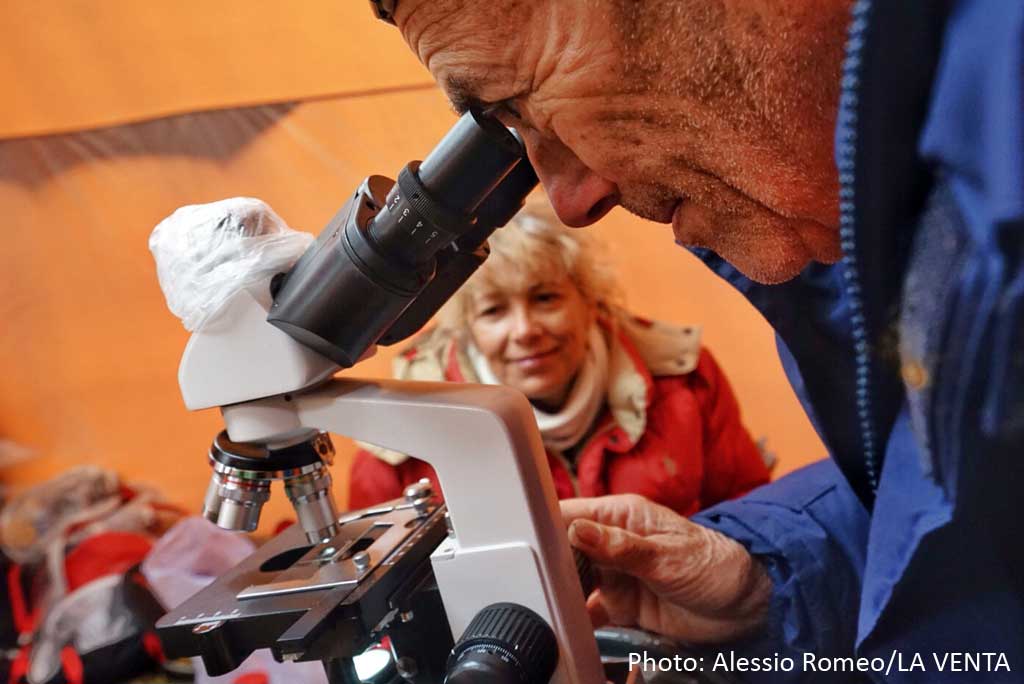 The sequencing on the field has been successful as were isolated many strands of DNA that, when returned home, will be passed to the database to reveal what living beings inhabit the Patagonian crioconytes.
Regarding the work of Alain Coute and Catherine Perrette they have been able to gather many samples of crioconytes and preview different under the microscope at a few hours from collection. 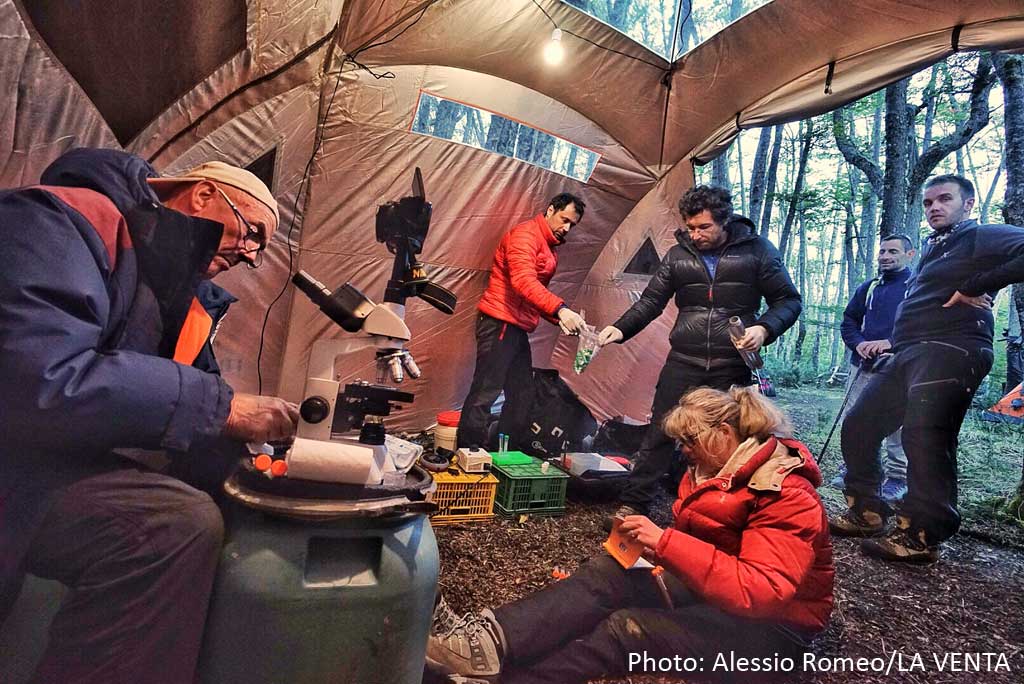 For now, they have been seen only rotifers and some ciliated among animals but no tardigrade, while among the seaweed are distinguished diatoms and other 4 or 5 species; no lack of cyano-bacteria and other unicellular forms whose photosynthetic activity on sunny days is surprisingly high compared to when the weather becomes cloudy. 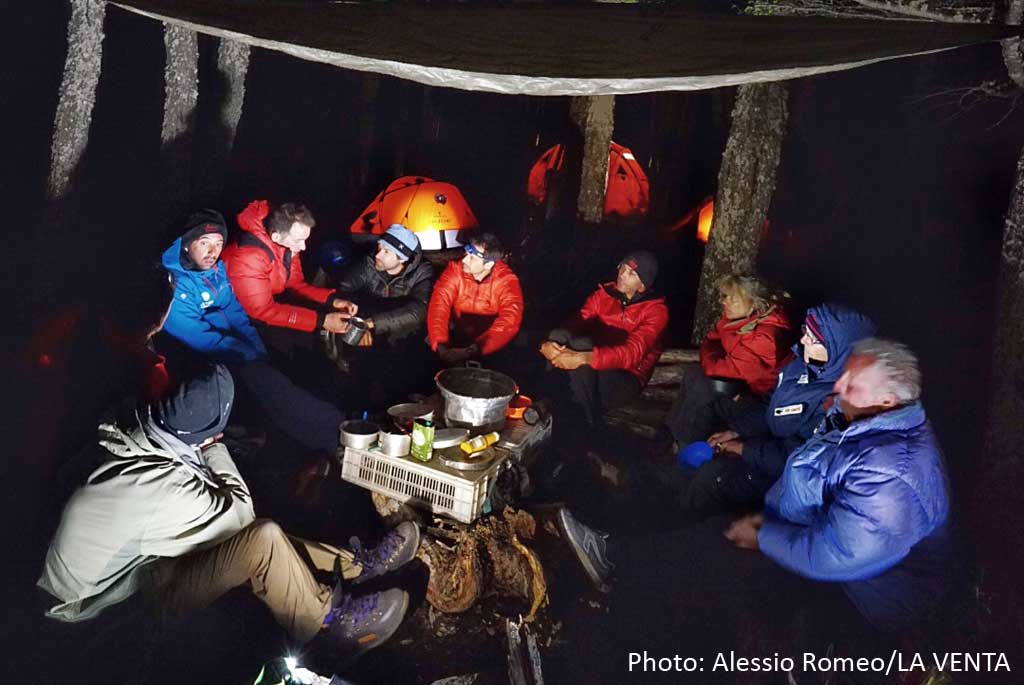 The glaciologists have performed measurements of glacier movement in different locations over a period of 3 days in addition to the measurement of ablation in the same places.
The drone and the laser scanner instead will give an even more direct and three-dimensional testimony of the surface morphology evolution in this short amount of time. Although have only been three days the changes are remarkable! 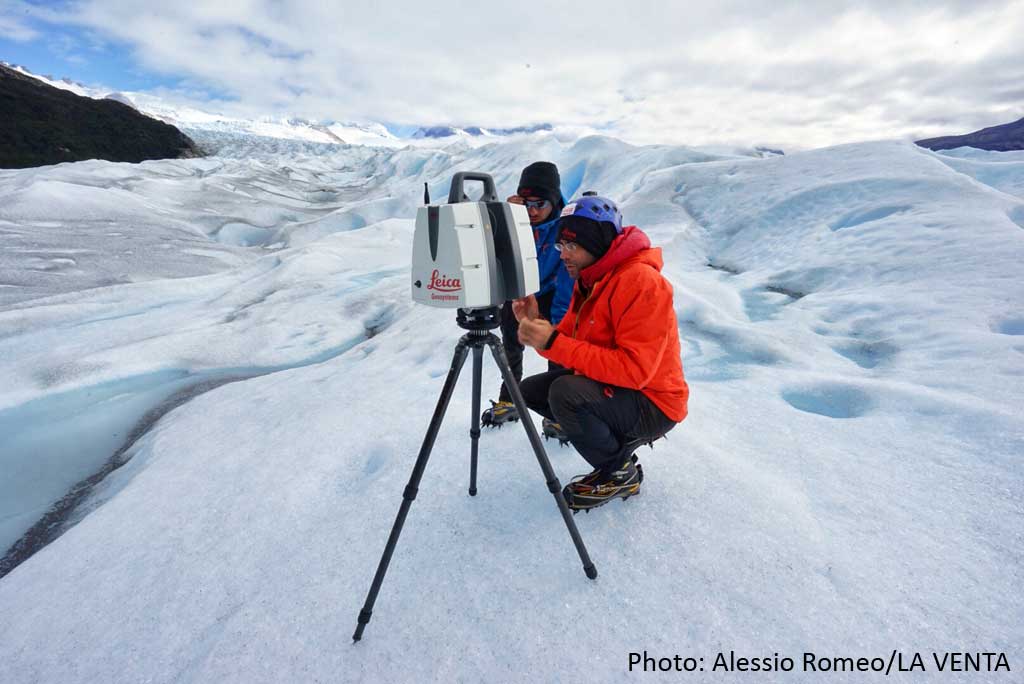 Now we just have to take home samples and files and reorder all while for the biologists the process will be long and will require months of observations and sample treatment. 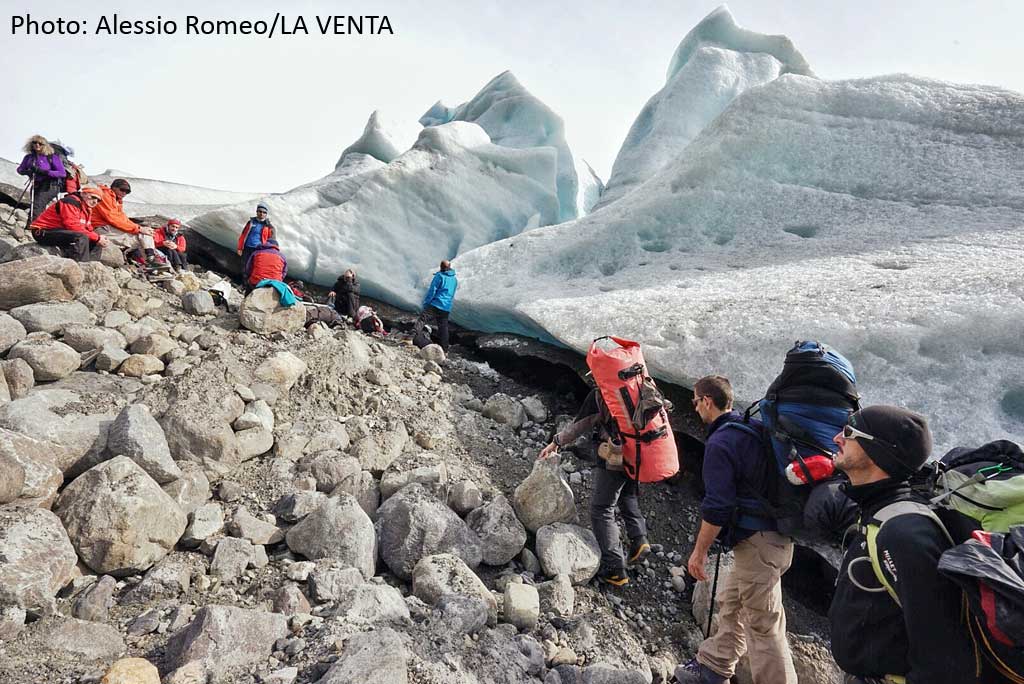 Yesterday we had two interviews for Argentine radio and a public lecture at the municipal theater in El Calafate. An interesting evening for the many students present and funny at the same time. Two hours of La Venta and Spelé'ice about the Perito Moreno and not only. 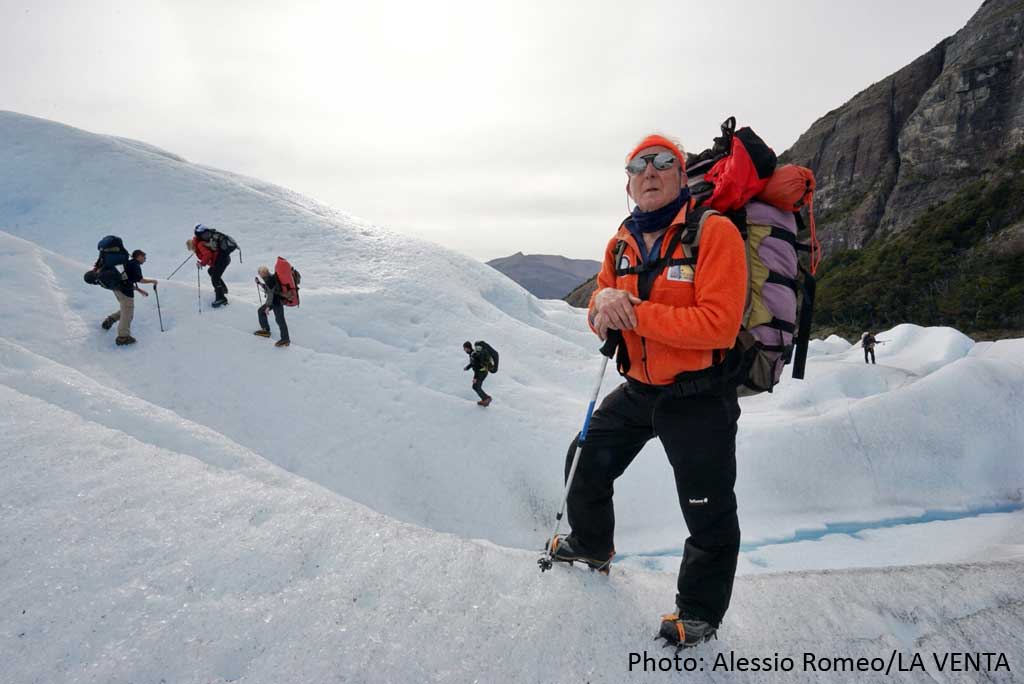 Today we go to Chile to arrive on the Tindall next expedition destination.