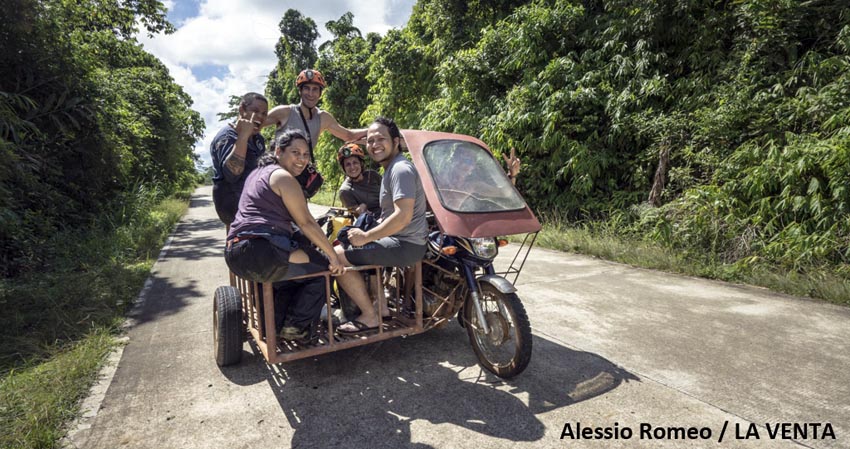 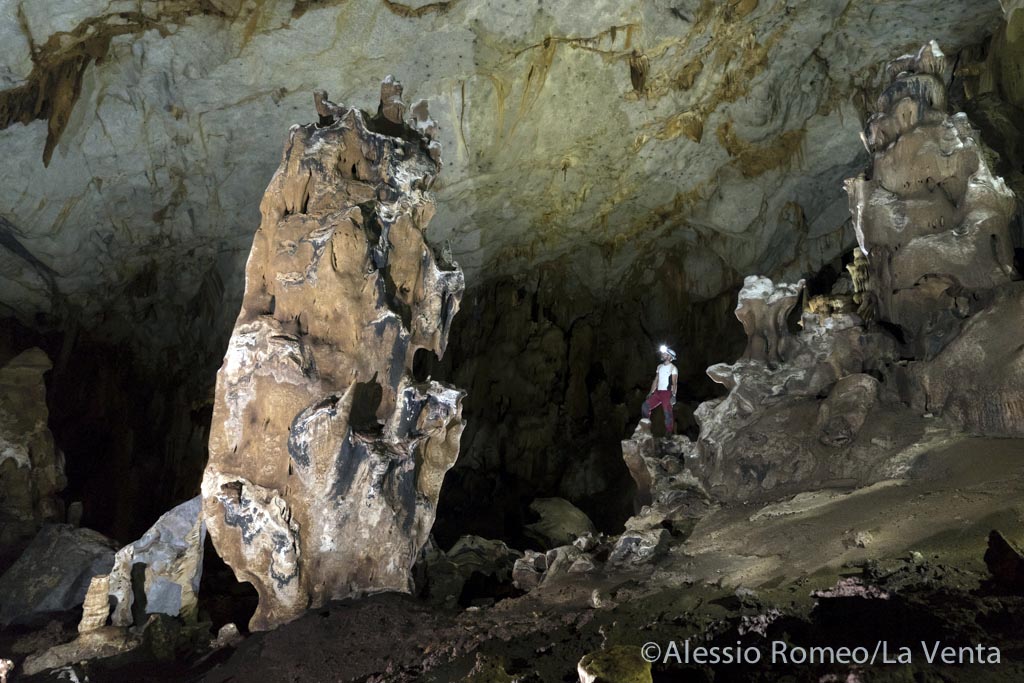 We found in particular a nice branch with concretions which we will study in the next round and a high zone, no longer active, consisting of a sequence of large halls, the last of which caused by a giant collapse that probably has closed the access to most interior parts of the mountain! The most amazing thing during this exploration was not only the size and beauty of these halls but was to fiund at the end of the last hall a dozen of bare footprints of small size on the fresh mud! There was none before and it is not clear from where this person passed! Nests hunters of some years ago? Mystery! 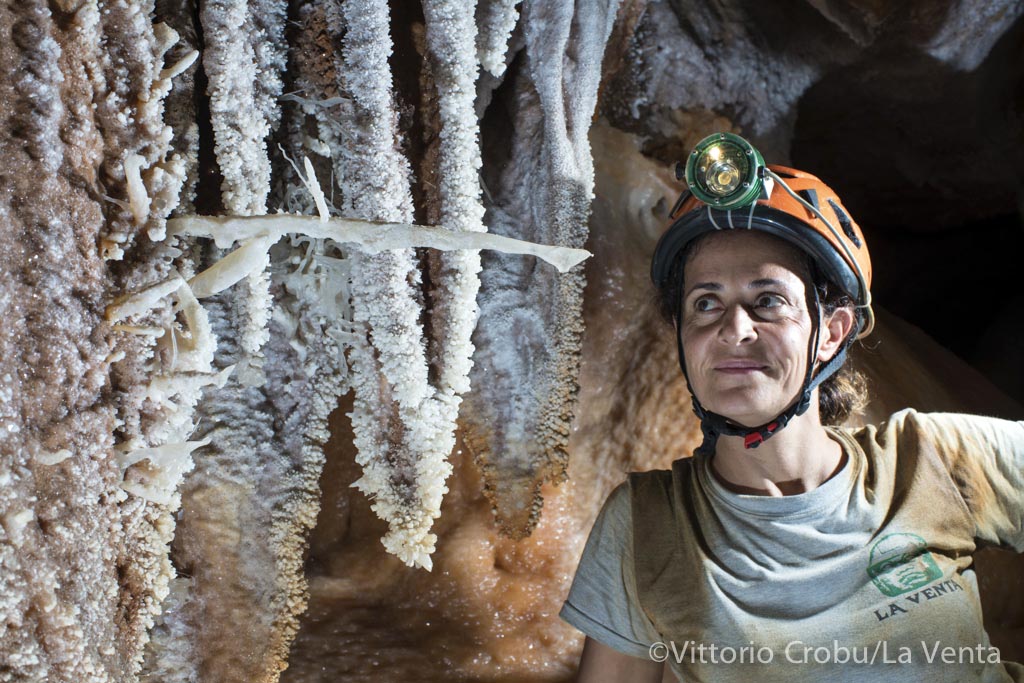 During these movements within some branches of UR we were followed by cavers from Manila of the speleological team GAIA Exploring Club, by a local caving group La Karst and also by some of the park Rangers with admirable ability in cave progression with flip flops and without rope progression tools! We thought the next year a good basic course of caving is the minimum so that we can pass on a bit of technical knowledge on equipping and progression also to those who often sudden for lack of structures and associations! There are only 11 caving clubs in Philippines 4 of which are in Mindanao and only 2 in Luzon (the main island).

During this period he also continued with the documentation in 3D of large and small halls inside of UR and of other cavities. In particular, we visited a small cave inside a Mogote (typical karst tower of the tropical karst) where it was found part of the skeleton of a dolphin probably dating back to the sirenian we discovered in 2011 at the end of God's Highway. 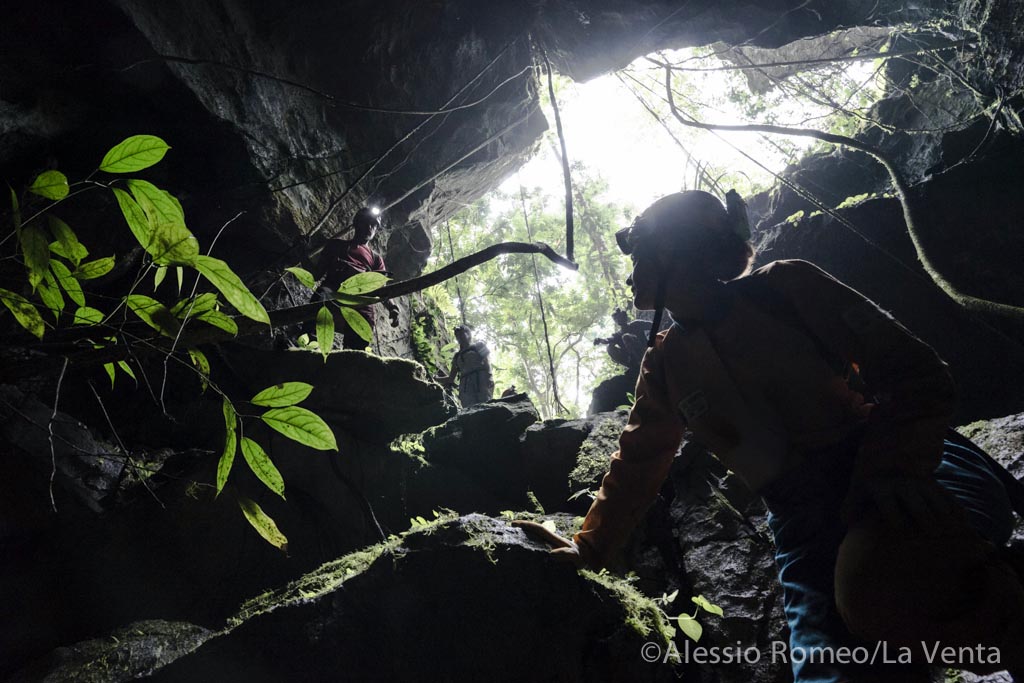 We reached walking from the outside another gallery Of the UR, called Australian Inlet, with barely two hours of walk. We think that this sinkhole could be an interesting alternative to the popular main entrance perhaps for a more adventurous and dynamic public, thus allowing the park to employ some guide more in these parallel activities! 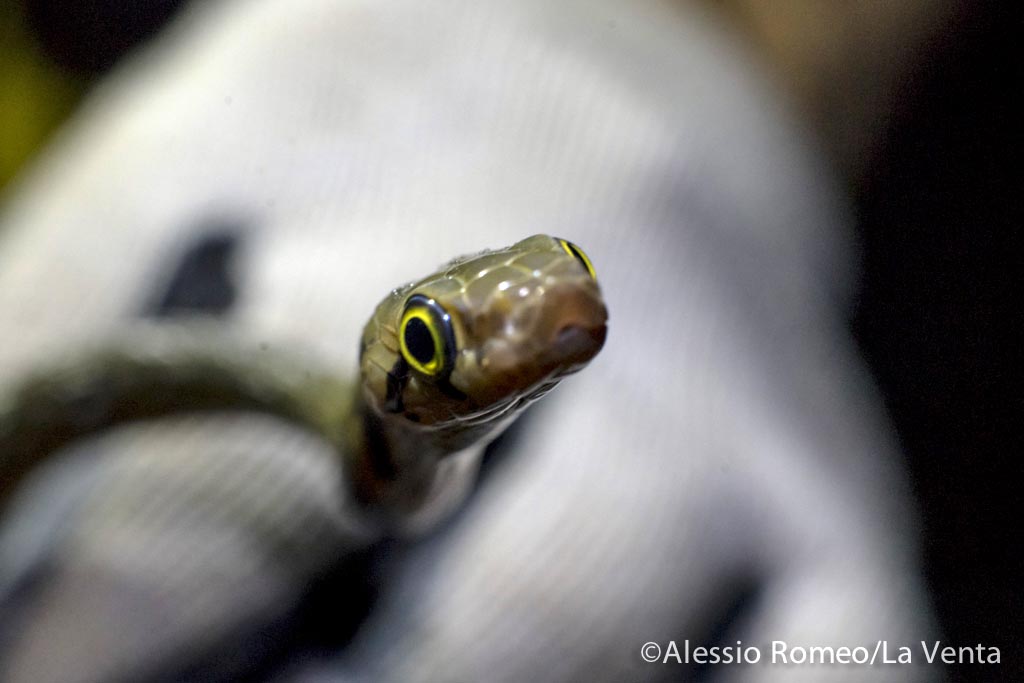 Taking an overview of the area, of the Park and of Sabang, it seemed that a lot could still be done to improve this place and to ensure that the richness that is produced by the UR can be better finalized and distributed. But what we were pleased to see is that the advice of La Venta (to our surprise but above all joy) were put in place. One of these was the requirement for tourists to navigate the estuary with only the light of the rower and in silence. A enormous achievement for the respect of bats and swallows colonies that populate the roofs of the river! Tourists in fact are provided with audio guide, which also reports the explorations of La Venta. 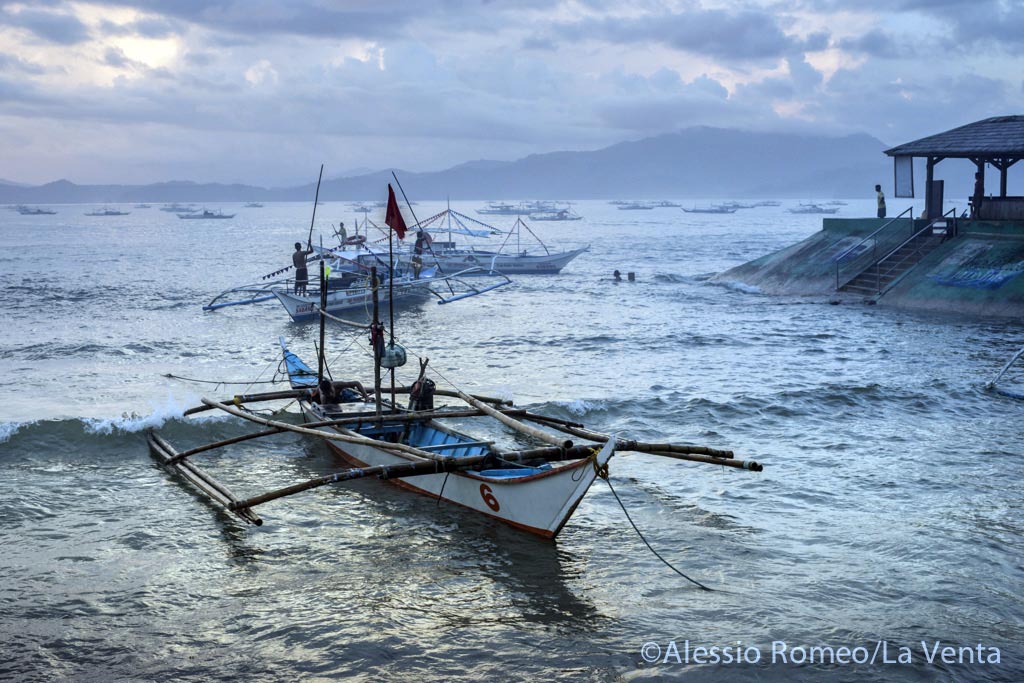 At the end of this monitoring work we will have other recommendations to offer and we hope that the area can enjoy good health for the decades to come and that even the beautiful landscapes can be enhanced without the ferocious assault of mass tourism and real estate speculation.