Deep in the Colombian Amazon 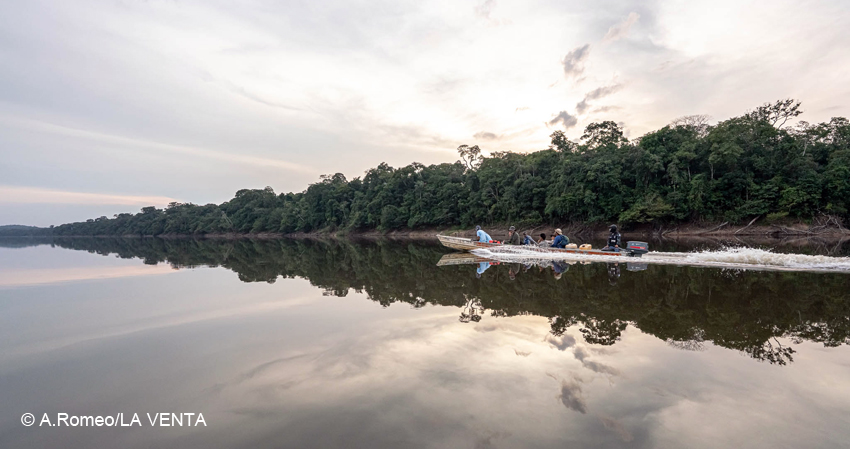 The first operational phase of the "Colombian Amazon" project, which aims to explore and study a vast area of quartz rock outcrops immersed in a primary tropical forest in the south of the Colombian state, mostly still unknown to man and science.

The project is part of a broader program of exploration and scientific investigation on the quartzites of our planet that the La Venta association has already extensively developed in the past years with multi-year exploratory expeditions on the tepui of Venezuela and Brazil. 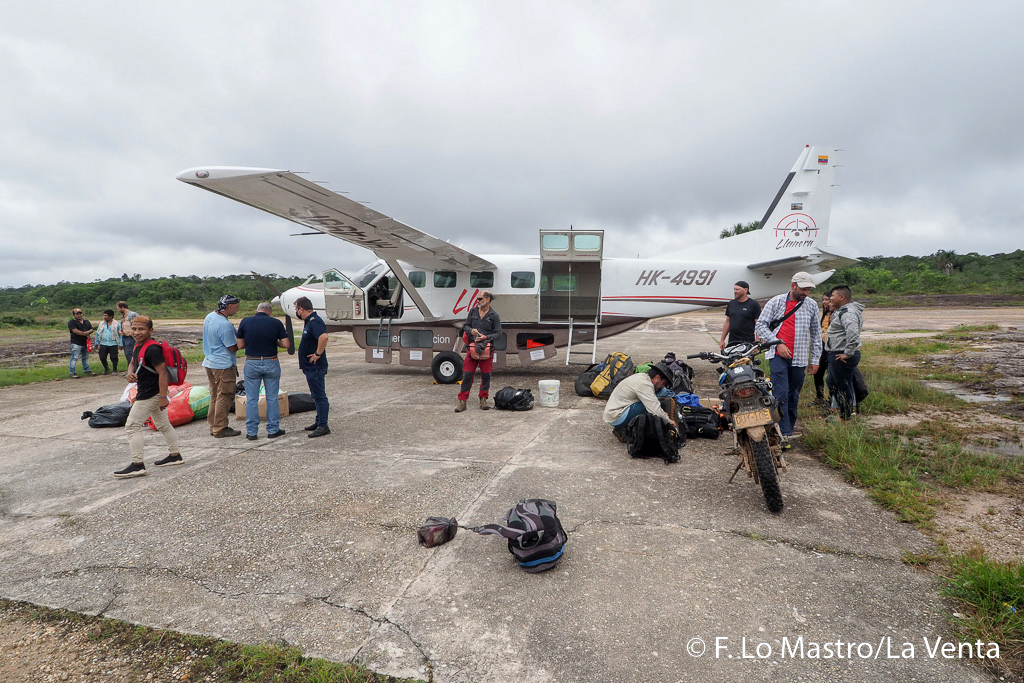 A bit of history
The project was born a few years ago, before the arrival of the pandemic forced us to suspend all our existing activities pending more favorable times. The affected area is that of Rio Caquetà, in the homonymous department in the south of the country, between the protected area of ??the Ciribiquete National Park in the north and the Amazonas department further south in the Colombian part of the immense Amazon rainforest. After an initial phase of observation of the maps and satellite photos of the area, contacts with Colombian researchers and scientific institutions followed and the initiation of contact with the populations living in that territory. Through the mediation of a contact on the spot, the Colombian kayakist and documentary maker Jules Domine was therefore possible to agree on a date for the meeting with the representatives of the Monochoa community. In the first few days of February 2020, a first group left Bogatà, formed by Francesco Sauro and Daniela Barbieri for La Venta, two American speleologists (Daniel Straley and Brady Merrit) and the biologist of the Instituto Humboldt, Carlos Lasso. By a small plane they had reached the village of Araracuara, a small settlement on the Rio Caquetà on the edge of the immense tropical forest, including a military outpost and a tiny airport with a shabby dirt runway. Once in Araracura, the group continued on foot and by boat for almost two hours upstream of the rapids of the deep Araracuara canyon to a village in the Resguardo (reserve) Monochoa where the meeting with the indigenous governors took place the following day. At the end of the council we were given permission to carry out the exploratory expedition with the agreement that the project would take place together with the indigenous people themselves, pursuing the objective of creating a cultural exchange between our different realities, and assisting them in scientific knowledge. of their territory. We then parted with the intention of organizing a first prospecting in a few months, completely composed of young Monochoa, chosen by the council of elders, representing the villages present in the reserve. La Venta would have provided technical materials and support so that this indigenous group could reach various cave entrances on the quartzite mountains that are part of the reserve. Unfortunately, once they returned to Italy, the world was overwhelmed by the pandemic, and this dream was waiting for better times. 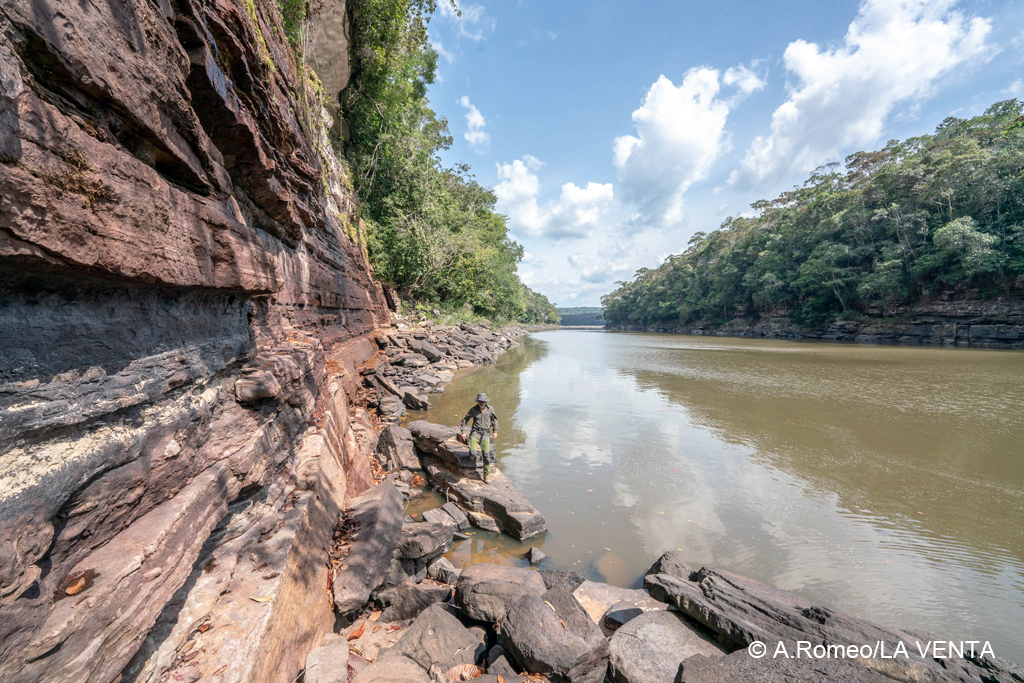 The first phase of the project is launched
Two years later, in February 2022, we left to implement what we had decided together with the friends of the Monochoa community, resuming the same steps agreed at the time of our first visit. During the days of stay in Araracuara, contacts with the inhabitants of the reserve were resumed, organizing a new meeting with the village leaders, to plan the next phases and the indigenous expedition to search for the entrances. In the meantime, our group, based in Araracuara, became acquainted with the territory, reaching the Cueva del Guacharo with a two-hour walk in the forest, a great resurgence overlooking the Rio Caquetà, considered a sacred place by the Monochoa. The cave was explored, photographed and detected in all its parts, while the biologist Carlos Lasso carried out interesting biospeleological research on behalf of the Humboldt Institute. In the following days, preparations were made for the reconnaissance of the mountains with the boys from the Resguardo villages. The young people were given all the material necessary for the expedition for a stay of several days in the forest (hammocks, backpacks, various clothing, water bottles, dishes, freeze-dried foods, fresh supplies and so on). Subsequently, the group moved for a couple of days' reconnaissance going up the Rio Caqueta with motor lances, with an overnight stay in the forest in order to test the logistics and the problems that could arise in the operational phases of real exploration. It was also an opportunity to share time together and strengthen the already consolidated bonds of friendship and collaboration, talking about their respective experiences and visions of the world. An experience that has enriched us a lot and has allowed us to create a strong harmony between our approach to geographical research and the profound sacred and ancestral perception that the indigenous have of the forest and nature in general.

In the coming months, the indigenous community will continue the search for cave entrances, and then in the future organize a scientific expedition together with the aim of bringing to light the dark and hidden world that undoubtedly exists within the quartzite mountains of this remote region of the Earth. 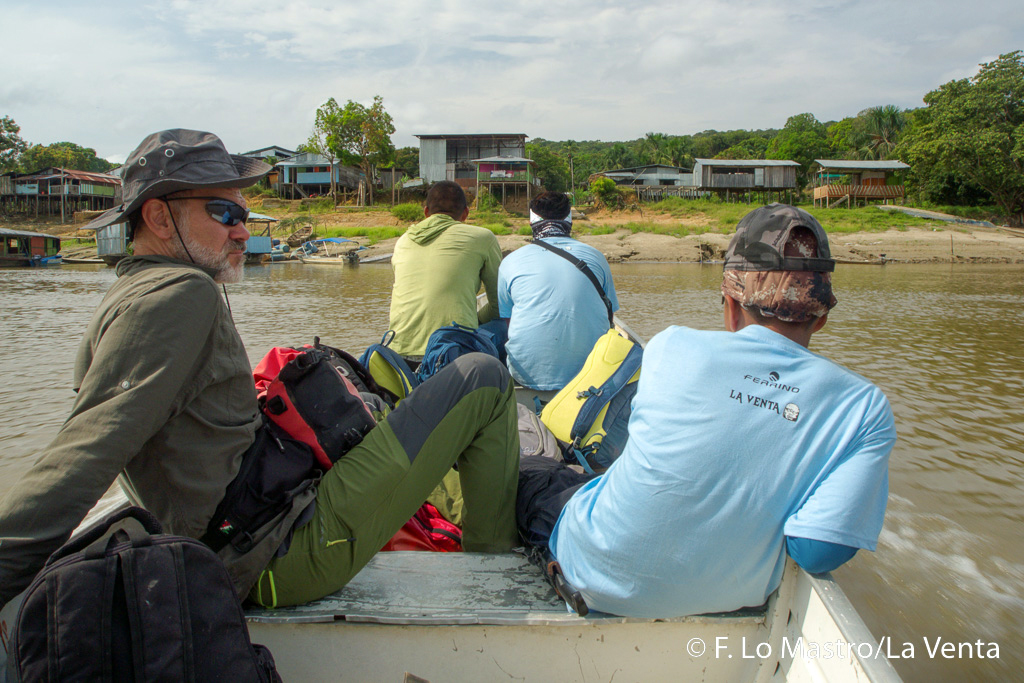 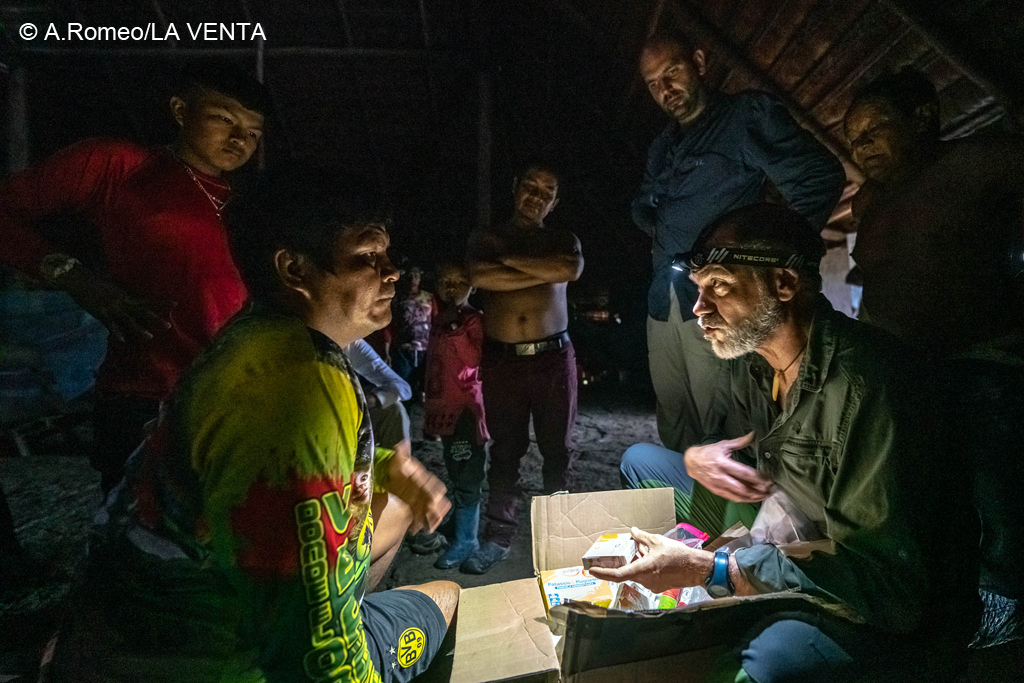 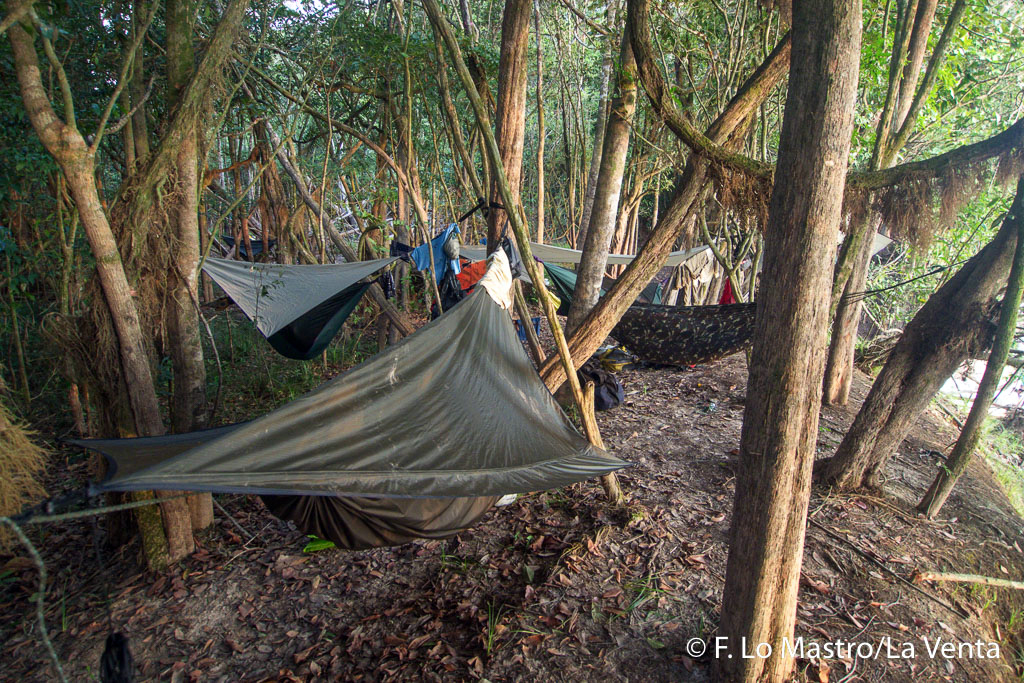 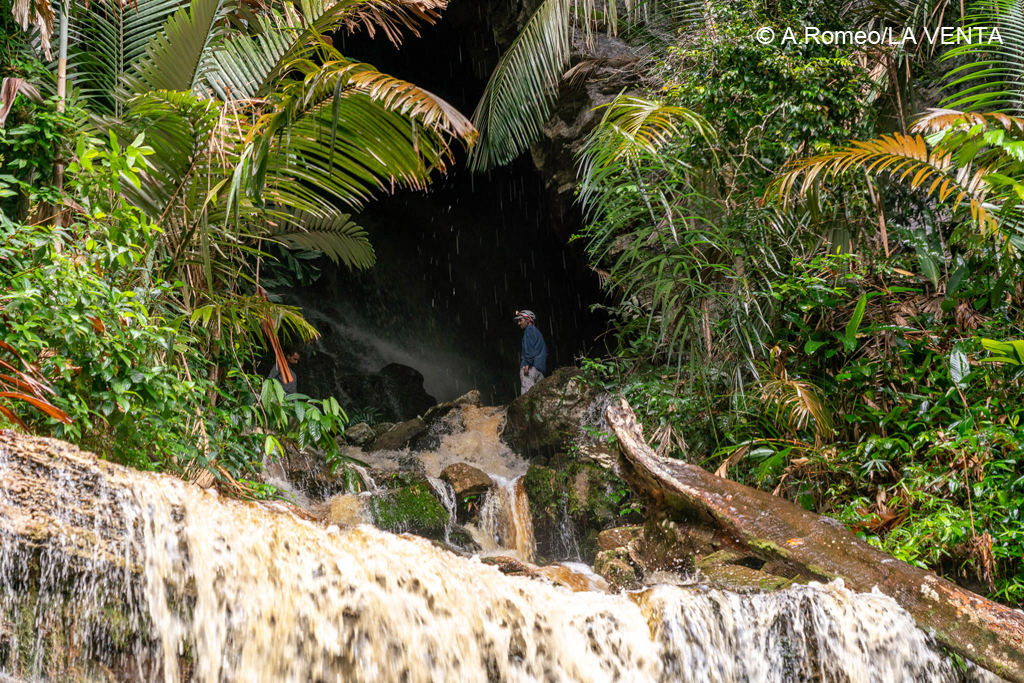 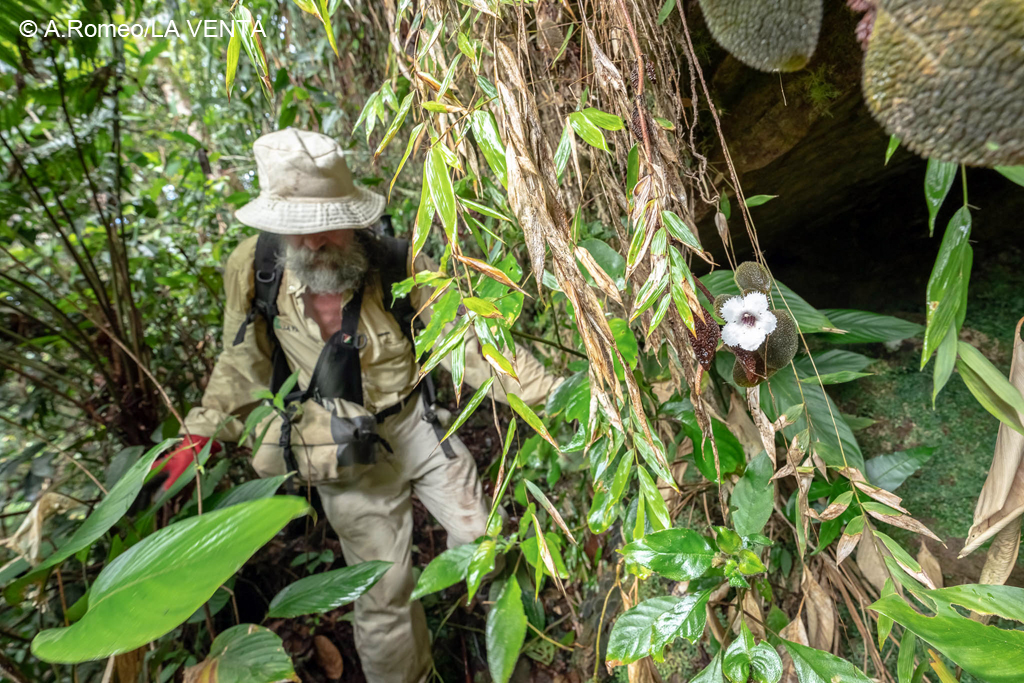 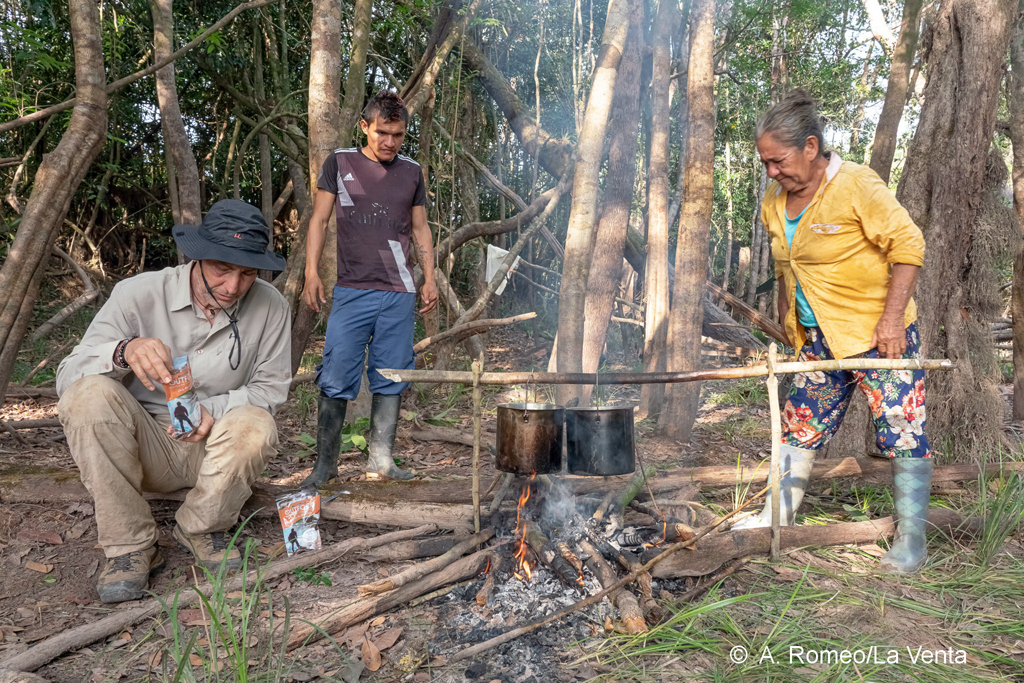 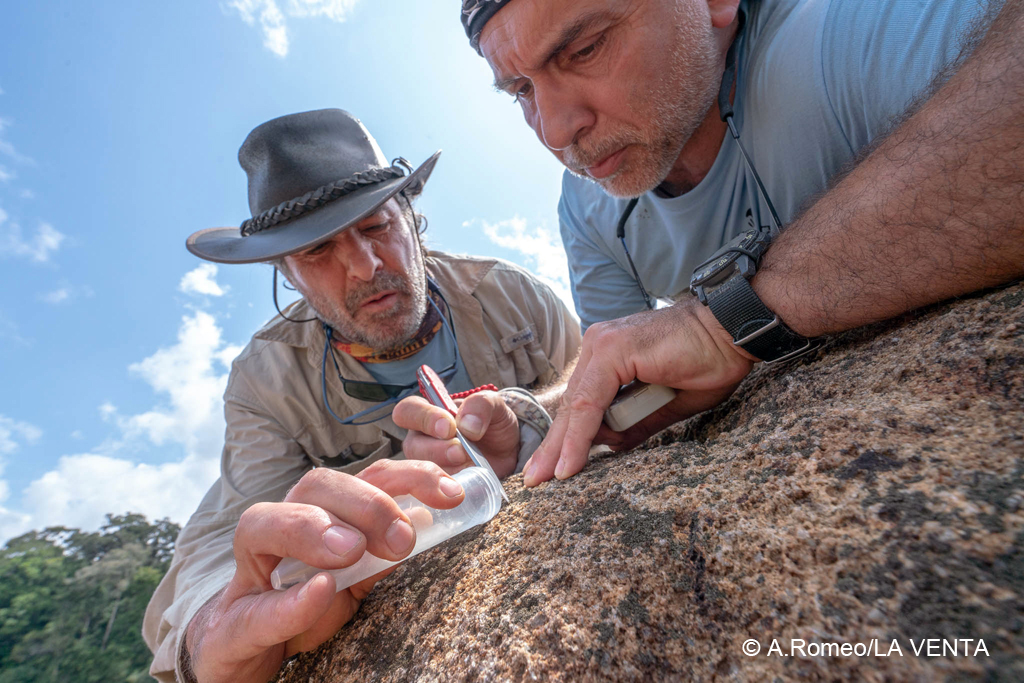 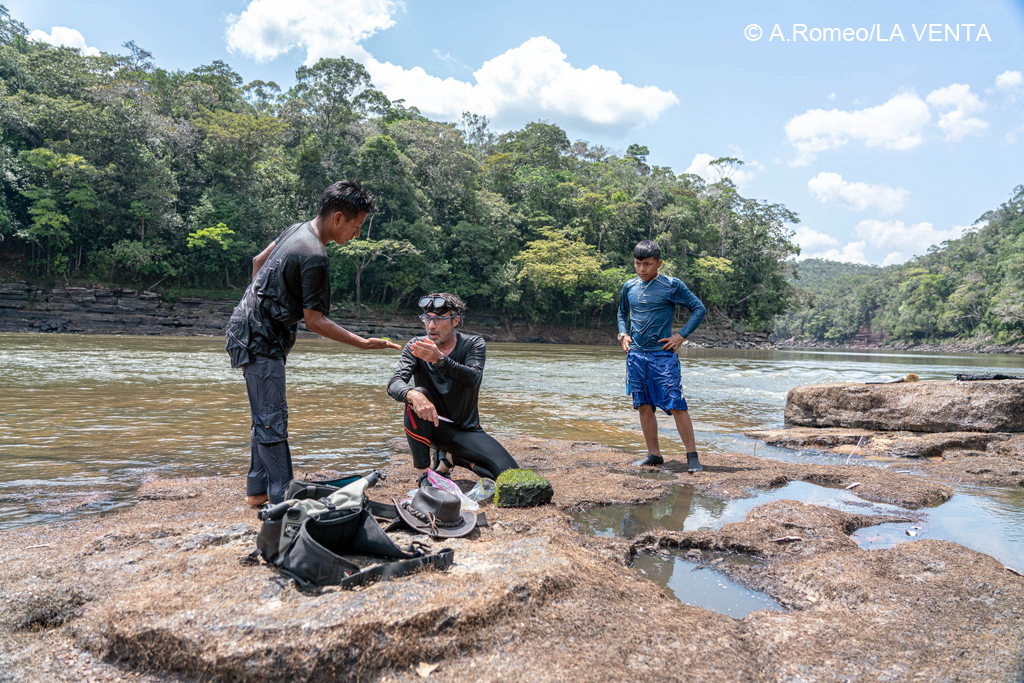