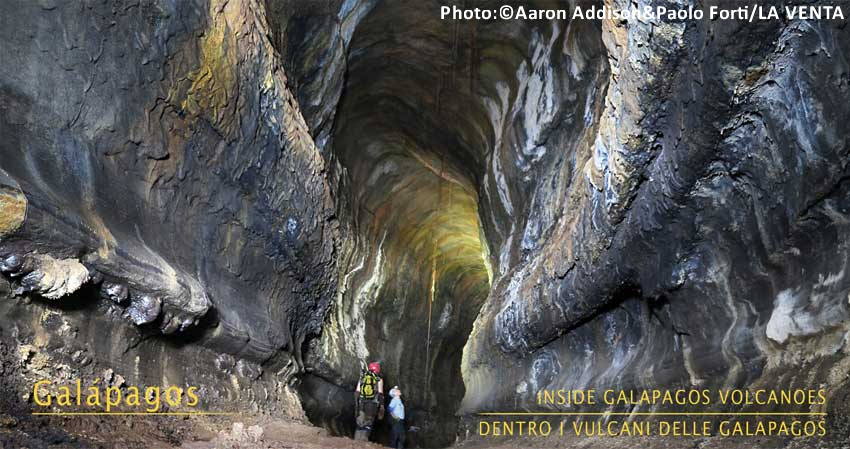 In a few days he will start a small group of two people (Francesco Lo Mastro and Umberto Del Vecchio) for a brief survey to the Galapagos in perspective of a research expedition.

The Galápagos are an archipelago of volcanic islands some 1,000 km off the western coast of Ecuador. The islands were first discovered in 1535. Various attempts were made at colonizing the islands during the 1700s and 1800s. But it was Charles Darwin that made the islands famous with “The Origin of the Species” by documenting specialization of fauna on the various islands. 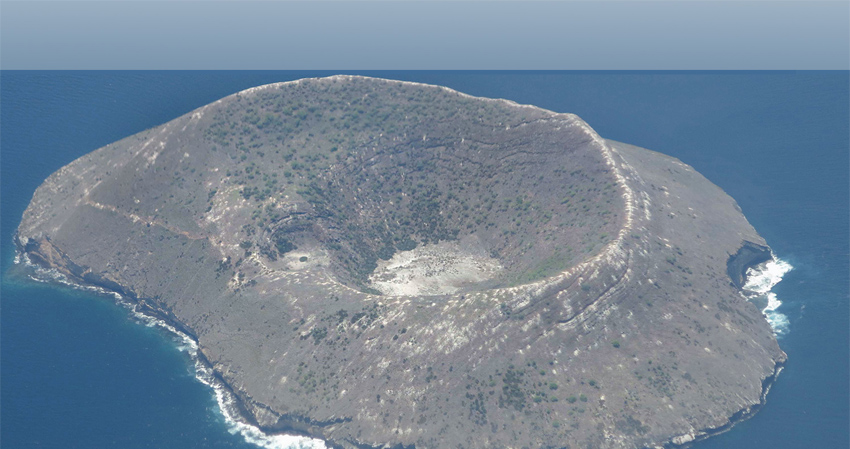 While there is much knowledge on the wildlife of this archipelago, only a handful of research projects have focused on the volcanic caves of the area. Within the limited attention given to the caves, only some French cavers in 1982, and two expeditions organized by the Museo de Ciencias Naturales de Tenerife. In recent years, since 2006, a team lead by American caver Aaron Addison re-started the exploration of volcanic caves inside the National Park, with a focus on Isla Santa Cruz and the southern sector of Isla Isabela. The results of these recognitions were extremely relevant for the understanding of the exploration potential of those volcanoes. Several kilometers of lava tubes were mapped and the impressive shallow magma chamber of the “Triple volcano” was explored (a big chamber more than 100 meters deep). However those explorations took place exclusively in very small areas.

Thanks to the analysis of satellite images we localized a series of huge collapses, probably related to long systems of lava tube, along the flank of Volcan Wolf, one of the wildest and farthest volcanoes of Isla Isabela. In addition a series of giant steep-walled pit craters have been identified on the flank of Volcan Ecuador to the north of Volcan Wolf. Those collapses have relevant dimensions, from tens to hundred of meters wide. A preliminary study through the method of shadow measurement suggests that these pit craters can reach depths of over 100 meters. Volcanic underground voids like those of Isla Isabela represent spectacular analogues to similar features recently identified on the flank of Martian shield volcanoes like Arsia and Olympus Mons. Thus, the exploration of those caves could shed light on the processes of formation of these huge volcanic cavities as well as exploring for the first time the biological and microbiological potential of these extreme environments. 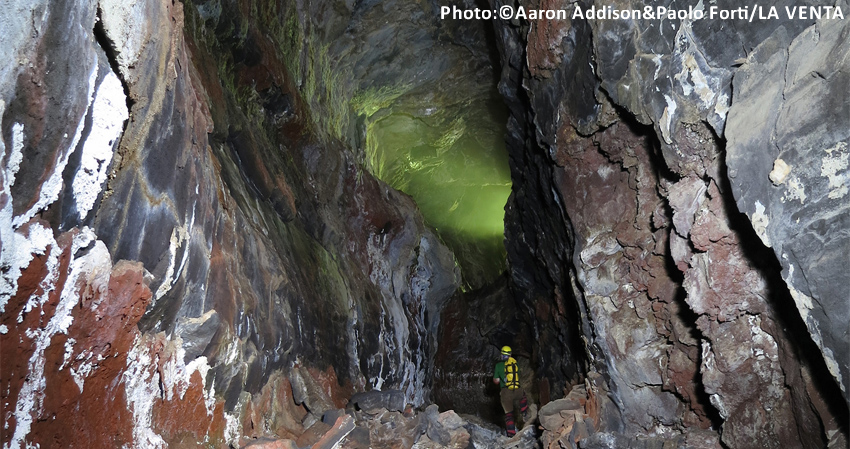 Some points could be approached from the coast, while others are absolutely impossible to reach without the logistic support of helicopter flights in order to set up self–sustainable camps, because of the long distances and the lack of water in the interior of the island.

The objectives will be mainly explorative and scientific (geological, mineralogical, micro and macrobiological, paleontological). But to perform valuable scientific researches in most of the just outlined scientific fields, it is fundamental to be sure that the sites in which the study will be carried out are in pristine condition and absolutely uncontaminated by human activities. For this reason the best place of the Galápagos, to perform scientific studies on lava caves is surely the far North of Isabela, which lies some 100 kilometers far from the few and small human presence and activities. In fact the total absence of unpaved roads, tracks and hiking trails together with the scarcity of landing places are the best guarantees for a still existing pristine environment within the volcanic caves of that area.

Special permits are required to carry out any kind of scientific research and geographical exploration in the area of the Galápagos National Park. In general the expedition will follow the environmental protection guidelines of the park, with some additional precautions in the cave environment. La Venta Association has a long experience of management of pristine and fragile cave environment, in order to avoid also microbiological contamination, like the cases of the Giant Crystal Cave of Naica in Mexico or the ancient quartzite caves of the tepuis in Venezuela.