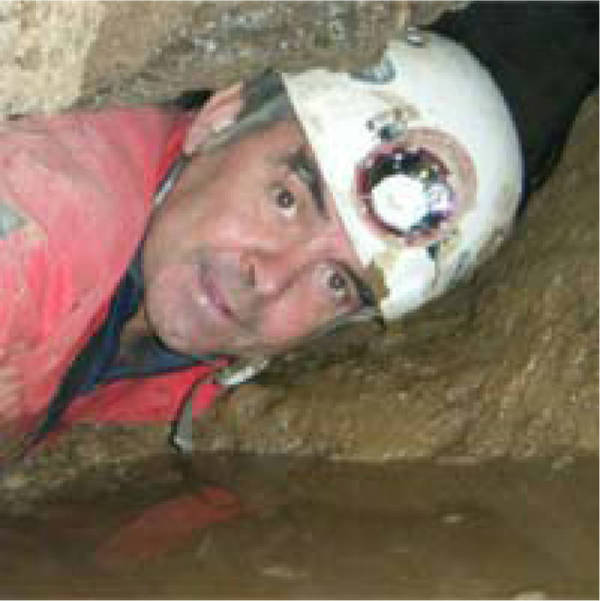 PhD in Geology at the University of Granada (Spain), nowadays Professor of Geodynamics and Director of the Department of Hydrogeology and Analytical Chemistry, University of Almeria (Spain).
President of the Spanish Society of Speleology and Karst Science (Sedeck) 1998-2007.
Main lectures has been developed on "General Geology", “Hydrogeology”, “Geomorphology” and “Cave Environment Protection” linked to the Environmental Sciences degree of the University of Almeria.
He has developed his research in the framework of the Research Group for Water Resources and Environmental Geology focusing as main researcher of many projects on aspects related to karst and cave protection, geomorphology and hydrogeology.
He is co-author and editor of over 10 books related to caves and karst, among them "The Karst of Andalusia: Geospeleology, Biospeleology and Human Presence” and monographs as "Gypsum Karstology" and "The Gypsum Karst of Sorbas”. He has also published around 200 papers and congresses communications related to karst and speleogenesis, appeared in both research and dissemination journals.
It belongs to the Editorial Board of several international journals related to caves and karst as the "International Journal of Speleology" and "Theoretical and Applied Karstology" and international reviewer of many scientific journals on geomorphology and hydrogeology cited in the ISI database.
He is currently a member and advisor of the scientific committees of different show caves as the El Soplao Cave-Mine (Cantabria), the Cueva de Nerja (Málaga) and Cueva del Agua (Granada) and also has been member of the International Scientific Committee of ISCA (International Show Cave Association).
Finally, he often provided scientific advice to the Ministry of Environment of the Junta de Andalusia in issues related to karst and caves, especially on aspects linked to anthropogenic activities in caves and karst areas.