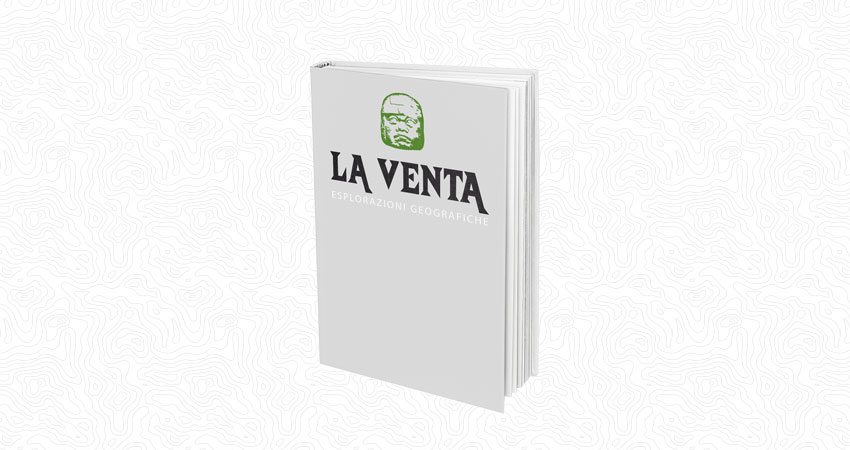 A substantial part of the documentation activities of the association La Venta flows in the publication of prestigious books.

The first title came out in 1992, entitled CAVES AND HISTORIES OF CENTRAL ASIA, curated by Bernabei and De Vivo. This volume sums up the main results of the geographical explorations conducted during the Project Samarkand. Full of color photos, surveys, fascinating stories and an attached map.

In 1999 the association has published RIO LA VENTA, TREASURE OF CHIAPAS, a book of success (recently reprinted) containing texts and contributions by several authors. Rich in color photographs, provided with a CD attached, is book sums up much of of the results explorative speleological geographical and archaeological of the complex Rio La Venta Project.

In 2004 is the turn of UNDER THE DESERT, THE MISTERY OF THE WATERS OF CUATRO CIENEGAS. Curated by Badino, Bernabei, De Vivo, Giulivo e Savino puts together the results of the exploration campaign between pools, caves and mines in the area of Cuatro Cienegas, in Coahuila. CD multimediale allegato.

CAVES OF SKY, JOURNEY TO THE HEART OF GLACIERS - Cured by Badino, De Vivo, Piccini
Glaciers are the most ephemeral part of the landscape, the only fragments of geology capable of showing changes in the short time of a human life. On the other hand are formed by the accumulation of old snow, and so are the clearest and stable witness to the vicissitudes of weather.
It has long been known that the rivers that run on them plunge in the blue depths, getting lost in the depths of the ice, but only recently the glaciospeleologist have learned to follow them, slowly understanding the complex internal structure of glaciers.
These caves are of extraordinary beauty, excavated deep into a piece of heaven.

GIANTS OF CRYSTAL IN THE CAVES OF NAICA - Cured by di Badino
A forest of crystals, the largest on the planet. An unreal world, beyond imagination, beyond the dream. A cave with 50 degrees centigrade and 100% humidity, hellish, where man, without protection, can survive only a few minutes.
A wonder of nature discovered by chance, fragile and mysterious, at we could lose at any moment and that will soon turn inaccessible hidden in the heart of the Earth.
The Cueva de los Cristales is a small window in the immensity of geological time, that man has today the chance to open thanks to an innovative and exclusive technology.
An "astronautical" exploration with high-risk, to understand, study, document and save. Before it's too late.

BETWEEN DESERTS AND FORESTS, A TRAVEL IN THE CAVES OF MEXICO
The speleologists of our association dedicated to the exploration of caves in Mexico for over twenty years, and have gone to places that were not only far away from tourism, but by the human presence. And so did the important explorations and archaeological discoveries, but above all we have built so many stories of interactions between men and underworld that, in a certain sense, continue those of the ancient that in those sights such blinds have left endless tracks.
In this way have grown up a complex web of history and geography, still incomplete: This book gives a first comprehensive description.
A reference text for all those wishing to undertake research work in Central America.

TREASURES OF THE NIGHT, CONCRECTIONS AND MINERALIZATION OF THE CAVES - cURED BY Forti
Concretions and mineralization are the most precious treasure of natural cavities, non solo per il loro valore estetico e per la loro estrema rarità,  but also and above all for their scientific importance: In fact, inside them, as in a book of stone, are jealously guarded information about a past also remote, that only in recent years we have begun to decipher.
A magical world, but fragile, that risks being destroyed before having revealed all its mysteries.
This book is a reference text for all scholars and lovers of underground mineralization and concretion.

All books published by La Venta are available from the online library Ecstore.