The paintings of Tepelmeme’s Puente Colosal

In the course of the 2002 Juquila expedition, a particularly significant example of the recurring association between karst environments and ancient human activities was observed. Inside Tepelmeme’s Colossal Bridge there are numerous cave paintings which show how the spectacular tunnel had repeatedly kindled the interest of the indigenous groups which lived in the area in Pre-Hispanic times. The paintings are also of excellent technical and aesthetic quality, to the point of being among the best examples of Mexican cave painting.
Traditionally known of by the local inhabitants, the Tepelmeme paintings have been adequately described in scientific literature only in the last few years. In the mid 1960s, they were observed by Ross Parmenter, who was also given a feline bone decorated with complex engravings by a local man who had found it in the tunnel. However, Parmenter’s report remained unpublished and only in the mid 1980’s was a better description of the paintings published by the archaeologist Carlos Rincón Mautner. Finally, in 2004, Javier Urcid carried out a detailed research project during which the paintings were surveyed and many archaeological remains were found, both inside the Puente Colosal and in its surroundings 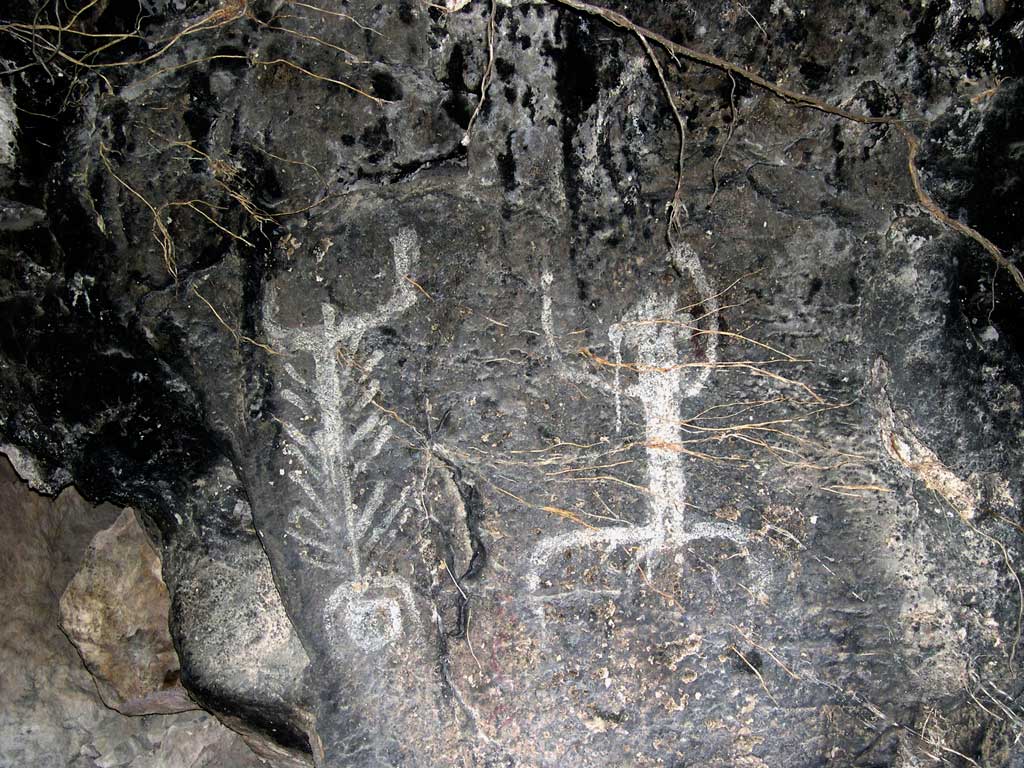 . The results of these researches indicate that the first ancient traces at the Puente probably date back to the Archaic period (7000-2000 B.C.). It was however during the Late Classic period (6th -9th Centuries) that the majority of the Puente’s paintings were painted by ñuiñe groups, belonging to a cultural tradition typical of the Lower Mixteca and whose exact linguistic affiliation is still unknown. The Puente Colosal’s ñuiñe paintings consist mainly of calendar glyphs accompanied by numbers. In all likelihood they are calendar names (that is, the names which Mesoamericans adopted based on their day of birth) and their placement suggests that the different glyph groups should be interpreted as genealogical records. That is, as genealogical sequences which attest to the noble pedigree of some individuals. The most spectacular glyph group, for example, could be read as “1 Grass is son of 11 Rain, in his turn son of 10 Owl”. The heterogeneous stylistic characteristics of the ñuiñe paintings, like the many instances of overlapping, indicate that the paintings were executed at different times, the majority of which at the end of the Classic period, a time during which several settlements near the Puente Colosal were thriving 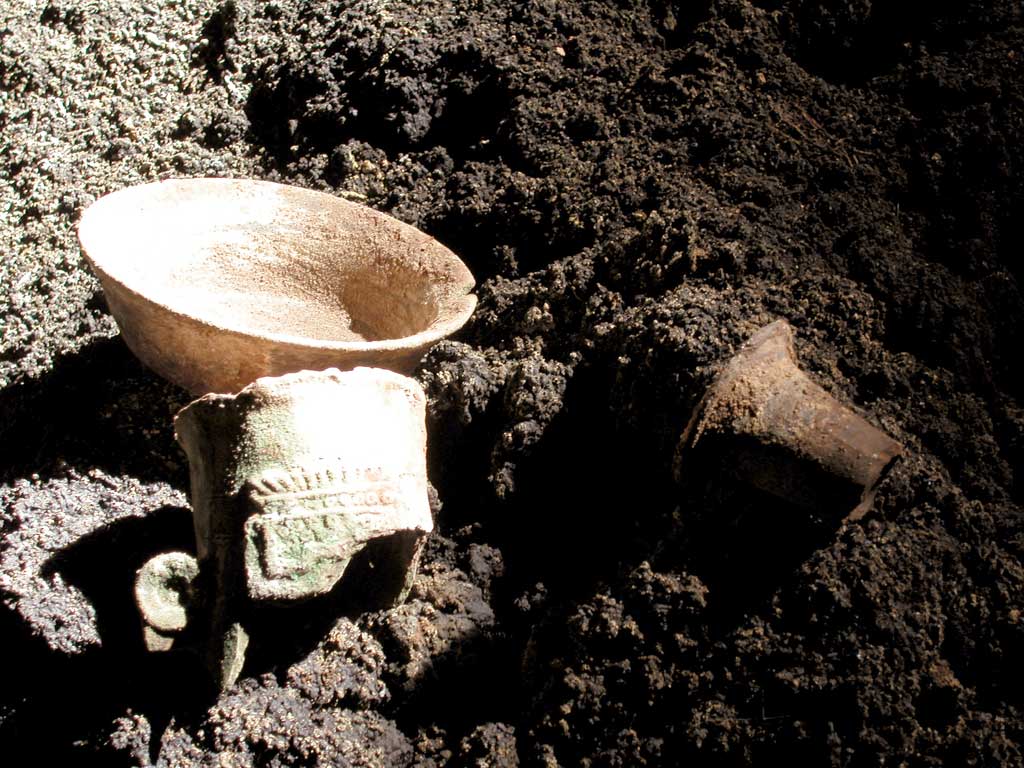 . Among the paintings not having a genealogical nature, the figure of a naked prisoner with tied arms and losing blood from his penis, stands out and alludes to the ‘fertilizing’ characteristic of sacrificing war prisoners. The later and less striking paintings are instead dated to the Early Postclassic (900-1250 A.D.), the era to which the previously mentioned engraved bone also belongs. The last Pre-Hispanic evidences at the Puente Colosal (Late Postclassic, 1250-1500 A.D.) are not paintings but turquoise mosaics pieces, small jade beads, copal fragments, and the remains of offerings placed inside the tunnel. According to local testimonies collected by Urcid, in the past some wooden masks covered with turquoise mosaics were found in the tunnel, unfortunately they were burned as they were considered the work of the Devil. The Puente Colosal’s paintings and offering remains indicate that ancient indigenous groups perceived that spectacular karst environment as a place having a sacred nature and being associated with the underground world of fertility and ancestors. As they did with most caves, the natives interacted with these cosmic environments through ritual behaviour, whose material residues are those which we can still observe today within the Puente Colosal.