New (and old) explorations in Albania 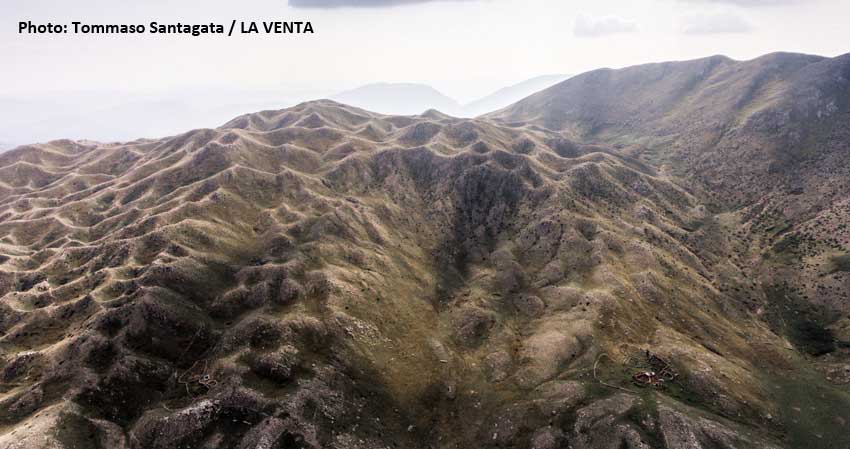 Also this year we returned to Albania together with the Speleological Group of Martina Franca and the Speleological Group Faentino. First in the Albanian Alps, to continue the research in the area of ??Vranë and then on Mali Me Gropa (Mountain of Buchi in Albanian language), where already in the 90s some cavities were explored in an expedition attended by some of the current participants.

The first part was dedicated to the exploration of the Shtares cave, discovered during the 2016 expedition and which still presents some unknowns. The explorations now take place in the most remote parts of the cave, which has an average temperature of 3-4 ° and strong currents of cold air in almost all tunnels. This year we concentrated in the area of "the "Siberian front", here in fact last year, in the last point, we arrived in front of a copious arrival of water accompanied by a not indifferent air flow. And from here we left. After a 35m climb and a well of about 6m, we came across a twenty meter long canyon set on a fault, clearly visible and straight. The ravine, which carries a large amount of water, continues to rise again and will still need some of our visits. We decided to call this beautiful environment "Forra dei ragazzi del Raganello" dedicated to the victims of the flood of the Calabrian river, which lost their lives while we landed in Albania. 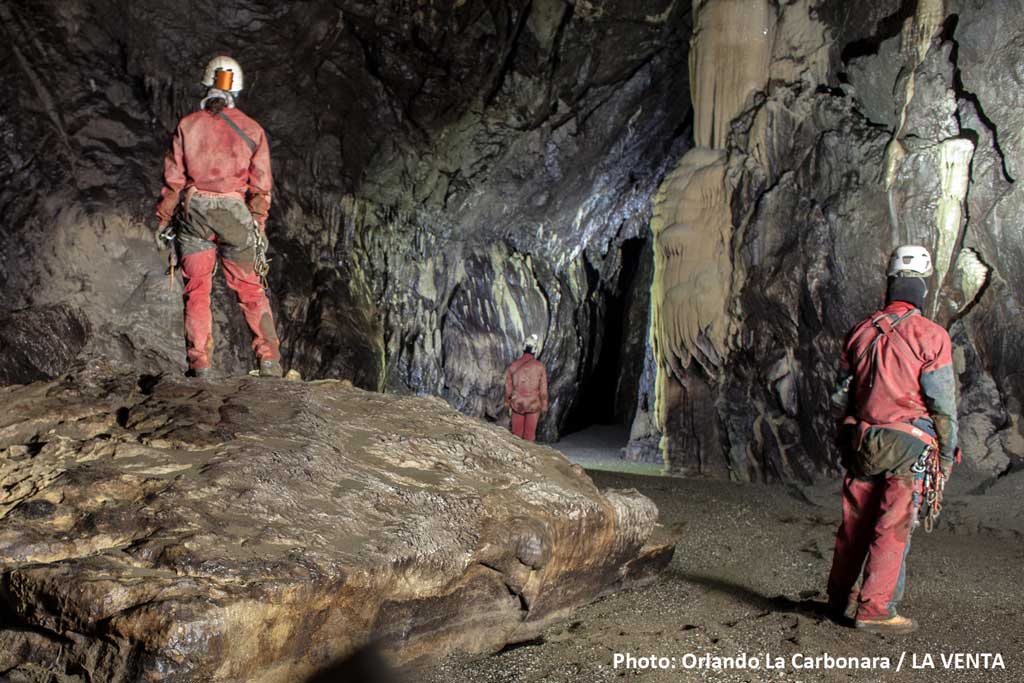 Simultaneously outside near the entrance of the same Shtares, a team has been engaged for 4 days in the construction of a mountain road in the wall to reach some promising holes, seen last year with the drone. The effort of this team was not in vain, indeed. During the ascent, other very promising cavities have been identified. The goal was to reach the great well seen with the flight of the drone, but rising it was identified by another strong breath, this time entering, which develops on a well-meander, but closed by giant landslides that now prevent the continuation. Another conduct of some tens of meters, always discovered during the ascent, was instead a providential shelter during the last exit, which had been dedicated to reach the Shpella and Dalandysheve (cave of the Swallows) and explore it. But because of a strong storm, three of us stayed on the wall, waiting for several hours for this to pass. When they left, however, it was already late afternoon. This year will surely be the main objective to continue the explorations in the Shtares. 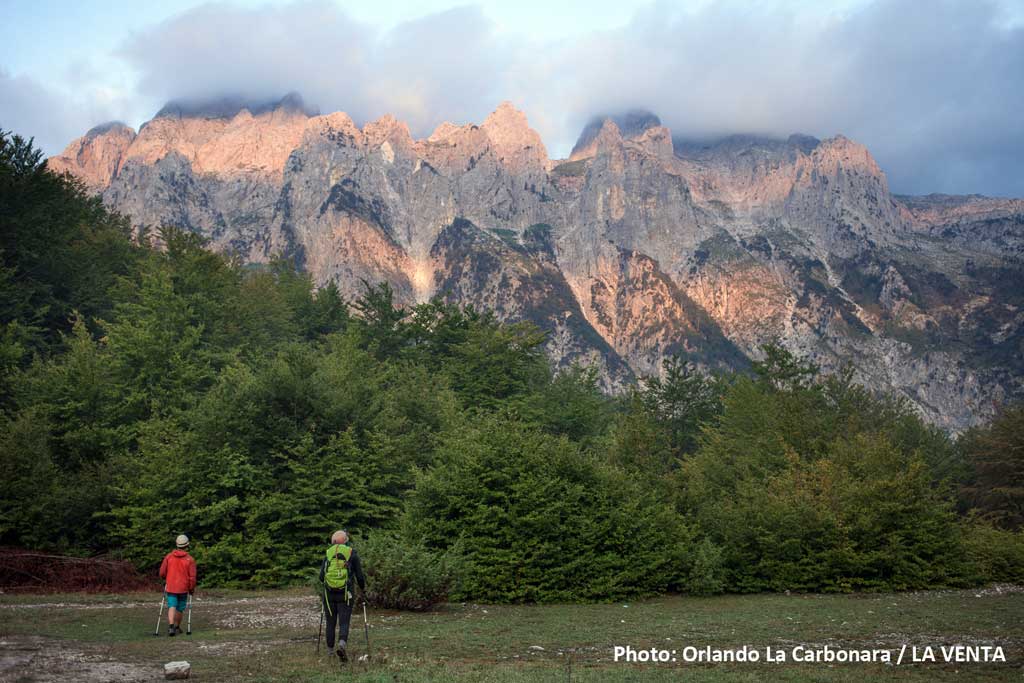 Time to disarm everything and we are already on another mountain. Mali Me Gropa is a karstic massif that is located a few tens of kilometers from Tirana, explored by Italian speleologists and not only since the early 90s. The area of ??Mali me Gropa is a protected area bordering the Dajiti National Park. This mountain is characterized by a plateau that rises between 900 and 1800 m altitude and covers about 160 Km2. The massive limestone that forms its backbone is strongly fractured and characterized by shallow karst, also highlighted by the presence of dolines and karren that extend as far as the eye can see. In addition to several jokes on the plateau, thanks to the indications of the locals, in the few days available we also dedicated ourselves to the re-exploration of two caves found during the Italian expedition in 1993. In particular, the "Shpella e Shutrese" was remained with several question marks. But the biggest surprise was to find by chance the same shepherd who had accompanied the group of speleologists in the 90s, it seemed that we were waiting at the distance of almost 30 years! In the villages of the Albanian mountains when a group of foreign speleologists arrive, the voice spreads quickly and Bajram, the shepherd, had often stayed at home in those days because he knew that sooner or later someone would lead us to him. And he brought us back to the Shpella and Shutrese. This beautiful resurgence opens upstream of Mali me Gropa, in an equally spectacular canyon and in a more promising area, as the limestone is well layered and little fractured and the presence of wood and soil allows to have a more concentrated infiltration in single points. Along the canyon we have then identified a "friendly" phreatic cave, resulting as a fluvial loss and certainly affected by complete flooding when the stratum level rises. The dimensions are small, but this tube is still continuing, and in a few hours of exploration a well of about thirty meters has gone down and another is still to be seen, because like any expedition that respects the most interesting discoveries the last days are always made. These mountains give us great emotions, and when we leave to go back home we always have the feeling of leaving behind us more questions than when we arrived. Perhaps this is the beauty of exploration, it never ends and we will always have a new excuse to continue traveling to marvel at the beauties of nature.

Sponsored by the Italian Speleological Society